Some big news. Unsplash has raised $7 million to help fuel our vision for a new economic model around photography. On behalf of the entire Unsplash team, I want to share a huge thank you to the Unsplash community — your passion and creativity inspires us and drives us forward.

It’s 1988. Photography goes digital with Fuji’s release of the first portable digital camera that records images as a computer file.

Through the 1990s, portable digital cameras improve and the professional photography industry expands quickly. In 1991, Photodisc begins selling CDs with packs of images. Photodisc introduces the Royalty Free license which allows the buyer of the CD to re-use photos from image packs an unlimited number of times without paying any extra fees.

By the mid-2000s, the market for professional photography consolidates and becomes dominated by a few centralized players. The monthly subscription model for stock photography begins with the founding of iStockphoto and Shutterstock. Bill Gates’ Corbis Images and Getty Images purchase more than 40 stock photo agencies, including Getty Images purchase of iStockphoto in 2006.

The democratization of creativity is in full swing. And with it, a growing need for high quality imagery to create with. As the ability for everyone to create becomes a reality, the demand for dramatically simplified, enjoyable creative software increases.

In 2013, Unsplash launches, providing high-resolution photography that can be used freely for anything. Images are set free with the purpose of enabling everyone to create. In Unsplash’s first year, 365 photos are downloaded 10 million times.

Today, there are over 400,000 photos on Unsplash that have been downloaded more than 310 million times. Unsplash is exclusively integrated into major creative platforms, including Medium, Trello, and 1,200+ more. At 12 photo downloads per second, Unsplash is part of more creative acts than any of the centralized stock image media companies. Over 2,083 Unsplash photos are viewed across the web every second.

Apart from being a place to access beautiful imagery, Unsplash has also become a platform for creators to share the impact of their photography with the world and build an audience. Over 5.4 billion photos are viewed a month and a photo featured on Unsplash is seen by more people than a photo posted anywhere else.

Our world is becoming increasingly visual. Photography has never been more valuable than it is today. But the traditional licensing model is no longer a fit to capture it. The creative needs for photos have shifted and the value attached to licensing a photo is accelerating downward.

So where does photography go from here? Answering this question has been on our minds since we began working on Unsplash.

This past year, we watched Unsplash double nearly every 3 months. Unsplash has become a growth engine for creativity but we also know it needs to become an economic one too.

While we’ve had a front row seat to this significant shift in creative freedom, there’s been another world-changing shift taking place for economic freedom.

The blockchain and cryptocurrency movement, largely popularized by Bitcoin, represents what many people see as the future operating system for the world’s transactions. Many compare its potential impact to that of the internet. A once in a century type of shift.

For many years, I and many members of the Unsplash team have been fascinated by the potential impact of the blockchain. We didn’t fully appreciate its power until last year when we dove in deeper. At a high level, the core principles of the blockchain, decentralization and openness, are just as core to Unsplash. Anyone can share and use Unsplash photos no matter who they are or where they’re from. Our stakeholders are our community. It’s the 65,000+ creators sharing photos. It’s the 300,000+ photo taggers and curators. It’s the 25 million+ creators who use Unsplash to create. It’s the 1,231 API partners pushing the impact of photography further than ever before.

The backbone of Unsplash is the community. Without it, Unsplash would just be a series of blank pages with invisible code. Our community is what got Unsplash here and it’s what will make it be in the future.

One of the earliest conversations we had around potentially working with blockchain was with Jason Goldberg, Founder/CEO of Simple Token, (OST). One way to think of OST is it’s like Stripe but instead of making it simple to set up a way to accept normal money in your digital product, OST makes it simple to create an economic system based on the blockchain in a digital product.

As we talked more, we thought there could be the potential for us to work together one day to build a novel way to derive value for photography while retaining the open, free-to-use principles that make Unsplash what it is.

That day came earlier than expected when we decided we were going to raise another round of investment funding a few months ago.

We were growing fast but we weren’t going to figure out the right economic model with the amount of cash we had in the bank. So our focus was to find the right investment partner who understood the importance of the Unsplash community, the shift underpinning the expansion of the creative class, and was interested in working with us to define a new currency around photography.

Today, I’m excited to announce that Simple Token (OST) has led the $7 million investment round in Unsplash. Simple Token’s CEO Jason Goldberg has posted his thoughts on the potential of our partnership here. We’re also excited to have Accomplice, Betaworks, Mark Bonchek, Real Ventures, Roger Dickey (Founder/CEO of Gigster), Clark Valberg (Founder/CEO of InVision), and Rahul Vohra (Founder/CEO of Superhuman) participating in the round.

The funds being invested today will be going toward defining a new economic model around photography. It won’t be a model where photos are going to be paid for with cryptocurrency. It will be a model that leverages the unprecedented distribution Unsplash photos gain to bring as many opportunities to contributors as possible while maintaining the open, free-to-use principles of the community. We’re looking to design a model that works equally well for both photographers and creators. We’ll also be working on some new products and tools that will make creation easier, faster, and fun. Like this.

We owe a big thank you to every member of our community, partners, and investors who believed in this mission since the beginning. You’re helping put Unsplash on its way to becoming one of the world’s most open and collaborative creative platforms ever. We’re honored to be building this with you.

My co-founder Luke Chesser had this to say about the purpose of this investment round: 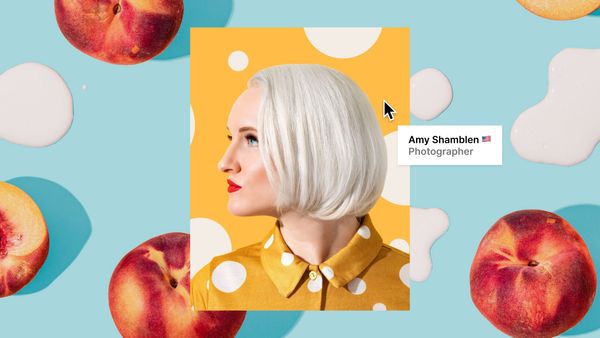 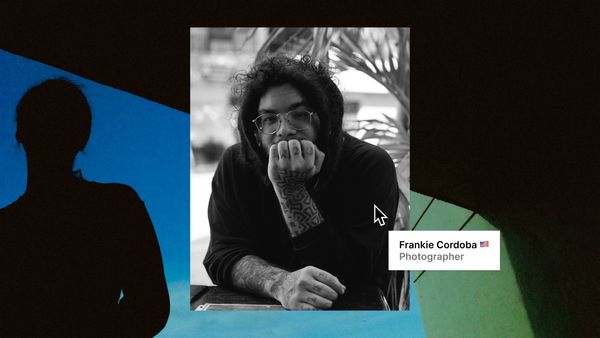 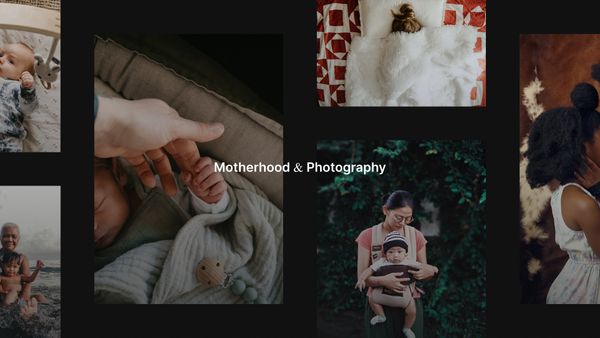