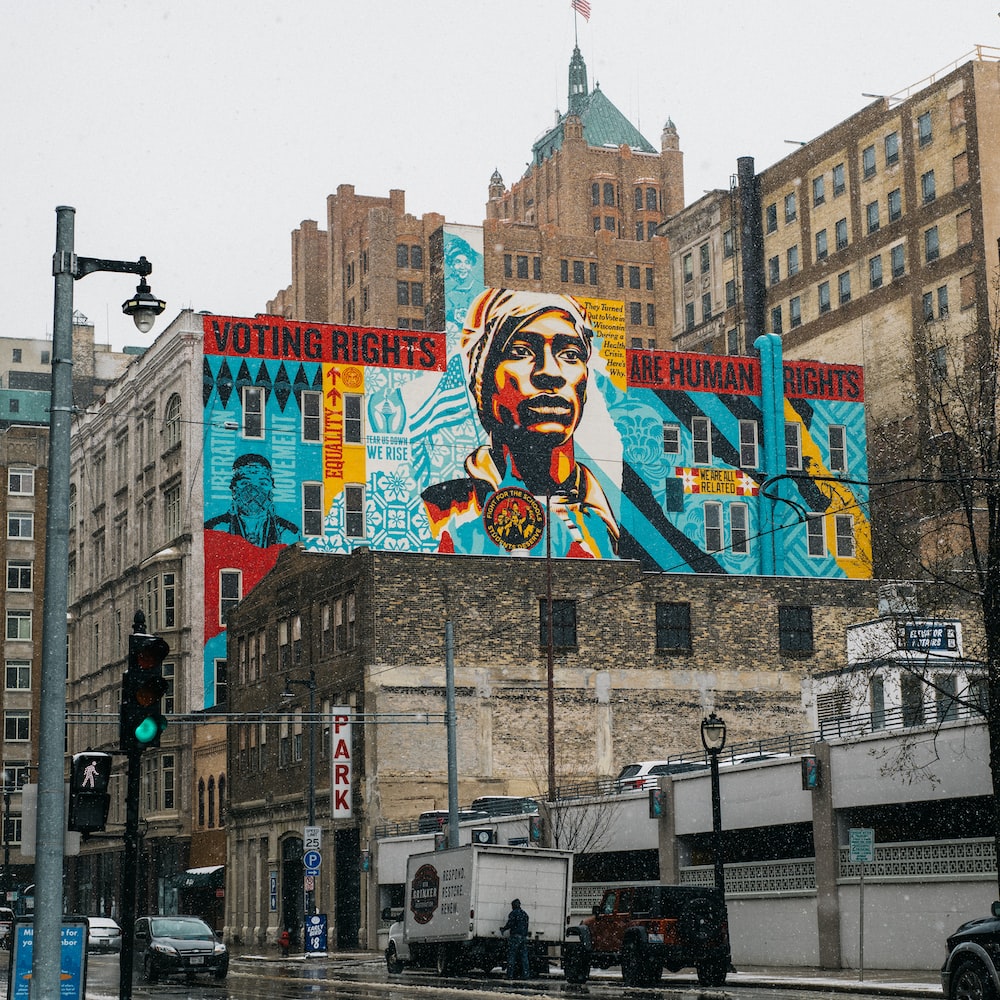 "The mural was supposed to be part of a national tour during the 2020 election season. But after the COVID pandemic hit the U.S. and the tour's corporate sponsor withdrew funding, the national tour was canceled. Fairey decided to still come to Milwaukee and originally hoped to complete the mural before the Democratic National Convention in August. When that fell through, he decided it was still worth doing to get the message out before Election Day on Nov. 3, according to Williams-Ng." - The Milwaukee Journal Sentinel 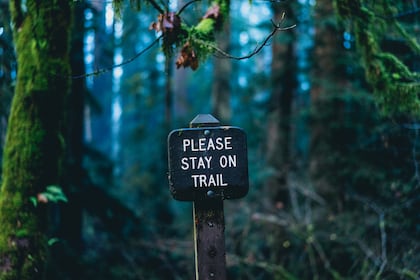 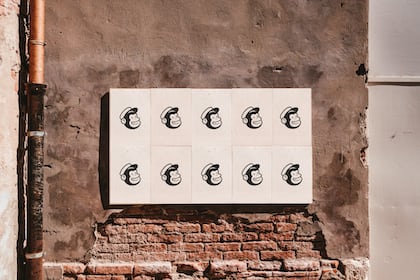 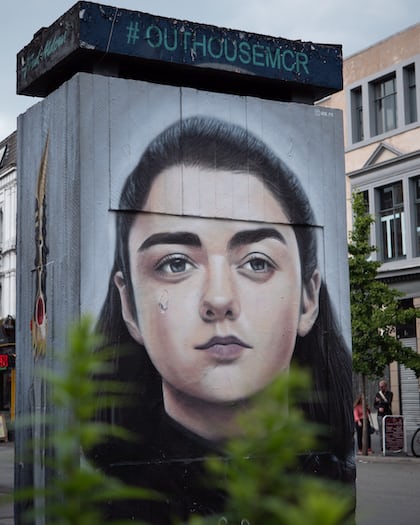 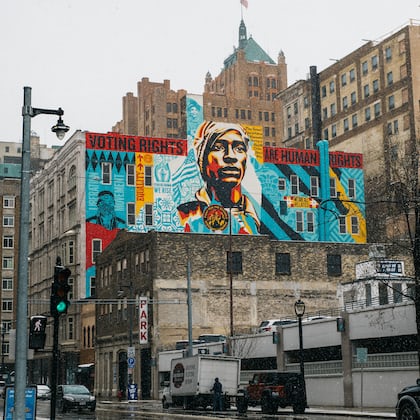 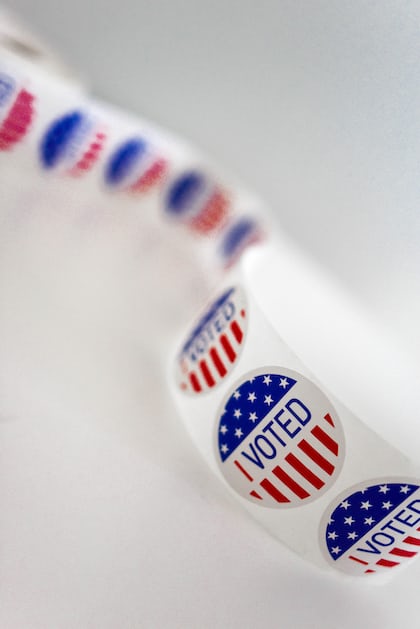 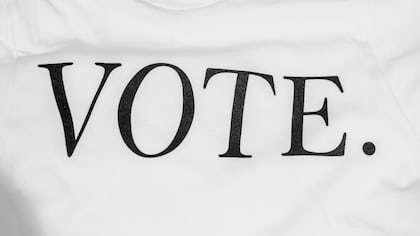 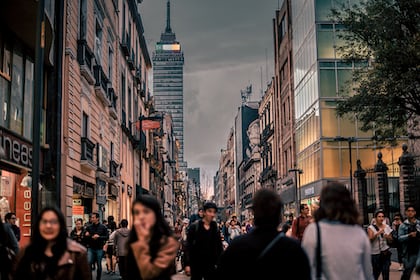 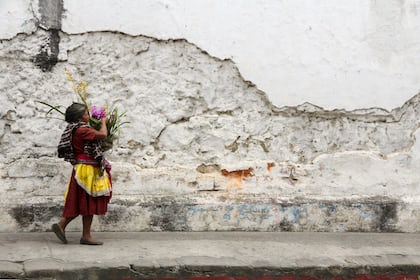 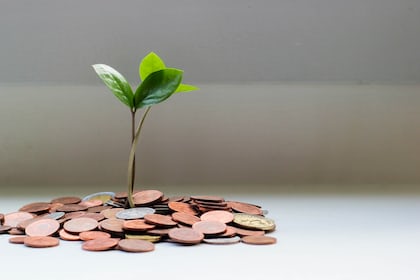