I always presumed I could design for mobile. After all, I spend so much time staring at the damn thing you’d think I could design mobile UIs in my sleep.

When I first joined Unsplash, I was more than happy to watch Kirill and Olivier tackle iOS projects from afar. I didn’t mind this, of course, since I was still new to the team. I also didn’t have an iPhone, which I’ll admit was a little unusual for a designer.

If I wanted to work on an iOS project one day, I thought it’d be best to start reading up on best practices. I lurked the #apps channel and followed the conversations. I got familiar with the iOS UI Kits and even started playing with the Sketch files.

Finally, in 2018, I was invited to take a stab at designing for iOS for the very first time...and… well…

It was hard to say what didn’t work from the designs. But no one was particularly excited about it. It took just one meeting with everyone around the table to decide that we needed to change our approach.

Maybe it was too expected. Maybe we didn’t need the app to be a smaller, awkward version of our website. Trying to cram everything we knew of Unsplash into one 375px by 667px view wasn’t the solution. We needed the app to be exciting to use and unlike anything out there.

From that point on, the iOS app became our playground.

Where for a moment, we could forget all of the rules that existed for the web and try something else, something new. We got away with developing an app that had “no” features, and it felt amazing.

The release of Unsplash for iOS coincided with the launch of Apple’s newest iPad. The app was designed for the next wave of creatives, for those who would be discovering Unsplash for the first time.

Experiencing your first photo download is, in my opinion, still the best way to truly understand what Unsplash is all about.

There’s nothing like finding the perfect photo and being able to access it without any hurdles: in its full-resolution with little to no restrictions, no ads or shoddy pop-ups, no watermarks, no sign-ups or wait times.

I think about my first times on Unsplash back in 2013, imagining the different things I could do with each photo I’d come across: graphics for newsletters, posters, splash pages, and mockups. There were maybe only 30 or 40 photos on Unsplash back then, and I remember being overwhelmed by all the possibilities. Every photo was an invitation to create, every download sparking joy ✨.

It’s become more than just a place to get free photos. A community of creatives found a home on the platform. It’s where photographers, collectors, fans, and followers of the open photography movement gather to exchange ideas, set trends, share their work, give valuable insights, connect with the team, provide feedback, request features. While the app was nice, being able to do everything else is what people wanted and with reason.

So we planned a chat. We decided on the features to develop for this new version: the ability to like and collect photos, view related content, display useful information like a photo’s location, description, and camera information. Photographers wanted to manage their Unsplash profiles and monitor their stats. Long story short, this new version needed a lot of the features that were left out from the first iteration. The challenge was figuring out how to keep the app feeling light and distraction-free.

And so I found myself designing for iOS for the second time in 2 years. I wasn’t completely ready to start designing so soon. I felt like I still had a lot to learn.

I needed an iPhone. So I asked my wife if we could swap phones for the weekend. With her blessing, I spent the next 48 hours filling her device with everything from the App Store.

I wanted to experience that thing that made iOS apps special. I took notes on the styling differences, the differences in navigation, how things transitioned from one screen to another. I compared each iOS app to its Android equivalent. Eventually, I started to notice the differences between the Human Interface Guidelines and Material Design…

Do you ever catch yourself endlessly browsing inspiration sites before starting a design project? I hate myself for doing it.

“Need a poster? Cool lemme check Pinterest real quick. Oh, we’re designing a new app? Pass me your iPhone real quick so that I can see what everyone’s doing.”

I’ve been a designer long enough to know to rely on my instincts. Yet, I’m often seeking validation from other designers’ work to inform my own design decisions. I had to stop stressing so much about the look and instead worry about the things I wanted to solve in this redesign.

Back at the office, the team compared notes for the apps we researched over the weekend. Much to my surprise, a lot of the examples that came up were from Google Apps. For instance, we liked the way Maps displayed info via the Explore Tab, how the background in Photos transitioned from black to white as the content shifted from the image to the image’s data. We liked how floating action buttons made it easy to perform actions.

These were some of the details we thought our app needed. Since I was already familiar with everything Material Design, I offered to take a shot at adapting some of these patterns for our app. Kirill, on the other hand, worked on an entirely new pattern for the collection flow.

It took us only a few weeks to design the initial views. A couple of iterations later, things started to come together. Things were looking solid. And just like that, we had rough versions of what we wanted to build.

Of course, my wife asked for her phone back, which meant I would no longer have access to the app and overseeing its progress. Luckily, Olivier’s kind enough to show me every update in person like so…

I’ve only ever owned two iPhones in my life.

My first was a used iPhone 3G I bought just before starting university. It was the most money I’ve ever spent on a phone. I tried hard to look the part as a design undergrad. It’s the phone I thought every designer should own.

I had never even seen an iPhone in person up until that point. I asked Mark why he was selling it, and he pulled out a brand new 3GS from his jacket. “It’s so much faster,” he told me. It looked the same to me.

He was kind enough to put my SIM card in and showed me some of the phone’s features. I dialed my friend’s number to test out the reception. I told him I was calling from an iPhone. We were both amazed. It was unlike anything I’ve ever owned. From that moment, I told myself there was no way I could ever own anything else other than an iPhone.

I tried to be super careful with my new expensive phone but kept dropping the damn thing. Eventually, I replaced my broken 3G with a brand new 4S. And then I needed to replace that one too.

The launch of the iPhone 5 was still a few months away, so I got myself a burner phone in the meantime. The plan was to get the upgrade as soon as I could.

But I never got the iPhone 5 and somehow managed to skip every iteration of the iPhone afterward. I did eight years of “any phone will do,” and everybody hated me for it.

I wasn’t anti-iPhone. But it was nice not having to care (or spend) so much for a phone. I once lost my phone while vacationing in the Philippines, and everybody but me was freaking out. Hindi naman mahalaga, I’d tell them. It’s a ZTE, not an iPhone 😂.

I started buying flagship phones when I wanted to take more photos with my phone. Last year, I spent Apple-money on a phone my friends make fun of me for having. I’m wondering if it’s still worth it…

And so fuck it. I bought an iPhone.

While my time away from iOS wasn’t ideal, it forced me to appreciate everything about the Google ecosystem. Today, I still prefer using Google products over Apple’s (Gmail over Mail, Google Maps over Maps, Google Calendar over Calendar, Chrome over Safari, Keep over Notes…)

Did I need an iPhone to design for iOS? Of course not. For the most part, apps on either platform looked and worked the same way.

The difference is in the subtleties, and it’s worth knowing about them. With every new iOS update, you’re exposed to new design elements that, while originally meant for iOS, eventually make their way outside of mobile design and into mainstream design.

I’ve had my share of conversations with Olivier working alongside him. One of the first things he told me to read when I joined Unsplash was the Human Interface Guidelines (must’ve been because of my Nexus 😅). Here’s what he has to say about designing for iOS:

Be sure to check out the updated Unsplash for iOS app here.

And if you’re on Android, be sure to support my friend Brandon’s app here.

Sent from my iPhone. 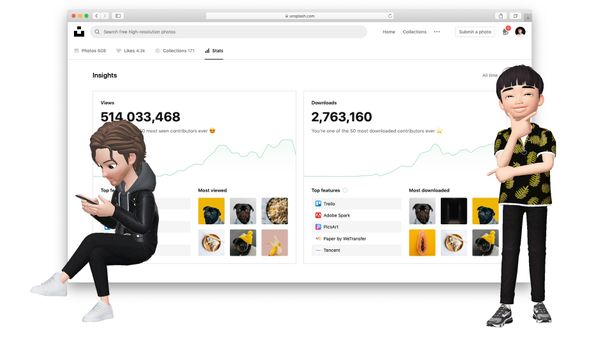 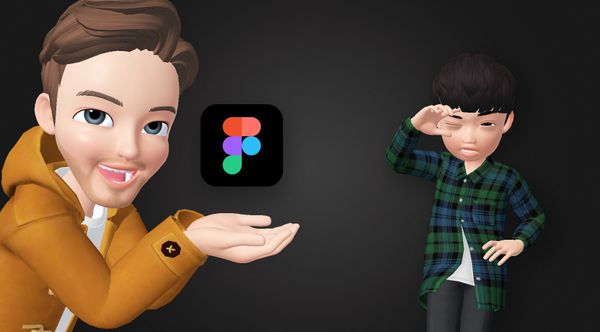 A new logo for Unsplash