In June, 127,463 images were submitted to the library. Here are 21 images that caught the eye of the Unsplash submissions team this past month — from a protest of the U.S Supreme Court's decision to overturn Roe v. Wade to roller skating during a Pride parade.

"I took this at the Trans March in San Francisco the day the Supreme Court overturned Roe v. Wade. After the pain of seeing the news that morning, it was soothing to be a part of a crowd of people marching to demand that their rights be respected." — Patrick Perkins 🇺🇸

"I wanted to create two different worlds which are divided into a screen (the one in the middle) and a frame (outside one). The uncompressed world isn't nice to look at, it is all super packed and busy, the colors are not very appealing (dark, muddy and grey) this happened because there is just too much data. After the compression of the Data, the image in the middle(represents the final video) is looking way better, the colors are nice and there is even some free space, so that the objects have room to breathe."  — Vincent Schwenk via DeepMind 🇬🇧

"During our road trip around Iceland, I took this picture when we stopped at the south coast to see the Klifatindur. We were already enchanted walking up the dunes, not knowing what to expect when we get to the top. What you can't see: Behind this beautiful dune stretches an even more beautiful endless black sand beach and a unique mountain panorama. Since we came here in winter, we had the whole place to ourselves which made it even easier to capture all of its magic.” — Leandra Rieger 🇩🇪

“The photo is part of a portrait series where I explore colour – Purple is the colour of power and creativity, which to me is a juxtaposition – the looking down pose echoed the 'higher being' and the softness of purple offset that.” — Luke Jones🇬🇧

“This image is my most favorite creative shot to date. With my inspiration being driven by the movie"Interstellar," I wanted to create an image that resembles that of an astronaut in space. I had to figure out two things before I took this photo,(1) how can I create the space look?(2) Where can I get a real astronaut helmet? This shoot took some improvising to make it work and less than $12, which was great! Ultimately when you combine a TV, fish bowl, and some light bars, it is amazing what you can create!" — Jorge Simmons-Valenzuela🇺🇸

"The girl in the photograph is called Esther, she is from Taiwan, she has lived in Mexico for three years, she and I have something in common, the only way we know to make new friends is to go out and take pictures. This photograph is the result of that, a group of strangers decided to get together to take photos, a makeup artist, a designer, a florist, a photographer and a model. That day we took photos and also connected with incredible people.”— Danie Franco 🇲🇽

"I was experiencing a state of disillusionment about life and work before the time capture. I started my days at 9 am in blissful sunshine, and ended within a wash of acidic tungsten lights at 10:30 pm for weeks-on-end. It was very fitting as I walked down the train platform this one evening, that this poster appeared where I always stand for my train. It's rare that an advertisement genuinely makes you RESET and REEVALUATE what you want in life." — Ehimetalor Akhere Unuabona 🇬🇧

"It took me 2 hours, walking in the snow at night to reach this tree lost in the mountains. I set up my tent for the night, then unfolded my tripod, set up my camera and took this picture. Frozen in time, this broccoli tree is one of my favorite photos." — Simon Joseph 🇫🇷

"My friends and I were out in London on a photography mission. We stumbled upon a location with bright orange walls and staircase. I had an orange jacket that day and I gave it to my friend so he could model it for us. We spent around 30 to 45 minutes there and the photos that came out of that location were amazing!" — Collins Lesulie 🇬🇧

“This photo for me is a symbol of the swiftness of summer.  A dandelion burns down in a split second, and summer flies by unnoticed, leaving bright sparks of memories and warmth in the soul. I was lucky to capture this moment and I decided to share it with everyone”— Vadim Sadovski 🇧🇾

"This picture was one of hundreds and actually just a coincidence. Driving home after school fog started to fill the sky and I told my friend this would be a great ambience for some spontaneous photos in the city. After one hour of taking pictures and walking around we decided to go home. Just 100 ft away from my home we came across this archway that was filled by fog and simultaneously light by a streetlight across. I personally like the calming yet mysterious aura this picture puts out.” — Luca Gößl 🇫🇷

“This image was taken in Kazan, Tatarstan and offers a unique view on the city's vast trolleybus system. Those green giants could ride you into the sunset and I've tried to capture that feeling of a hopeful summer journey via public transit.” —
Maxim Tolchinskiy  🇷🇺

“The photo shows the part of a mountain range on Lake Maggiore in Italy, towards the Swiss border, Western Alps.  I have made a similar photo with the Sassolungo, a well known mountain in the Dolomites. The gradient of the light in the mountain valleys there is similar to the one in this photo, so it occurred to me to develop it in a similar way. Only this time there should be no moon to see, but a star trail. Also, I wanted to make the picture special, because in this area on Lake Maggiore I normally never stay.” — eberhard 🖐 grossgasteiger 🇮🇹

“The first evening of our first trip to Grand Canyon National Park was more impressive and jaw-dropping than we expected, by far. The dramatic light, shadows and contrast in between, while the sun slowly dropped below the horizon, produced so many amazing photo opportunities. The southwest is always a scenic landscape.” — Brad Fickeisen 🇺🇸

"I ordered some gorgeous shiny mica pigment powders, but didn't have the right pouring medium on hand so I experimented with what I had. This image is acrylic marbling paint dripped over a base of water mixed with mica and thickened with carrageenan powder." — Susan Wilkinson 🇺🇸

“My husband and I decided to use the guest bedroom one night and little did we know how beautiful the light hits the room on a sunny morning. When our baby boy was born, I’ve decided to have a camera ready to go at any time so I don’t miss out capturing candid moments of our day to day life. This picture represents one of them candid moments, us, spending the first hour of the day on a sunny morning.” — Toa Heftiba 🇬🇧

“The balance needs to be maintained."— 8machine _ 🇧🇷

"You don't have to go far to capture an amazing photo in Bali. Located just in-front of my Canggu villa was this rice field I passed everyday. It wasn't until the morning I was checking out that I decided to walk out to the small wooden platform at sunrise. I flew my drone directly above me and snapped this simplistic but satisfying image." — Caleb Russell 🇦🇺

“I’ve always loved the ocean, one morning I decided to bring my drone with me to capture the waves from above. On that particular morning the sounds of the waves echoed while I was framing this shot, a perfect contrast of the texture of the waves crashing one after another.” — Joshua Rawson-Harris 🇦🇺

"I spent a few days photographing in the South Tyrolean Dolomites when I arrived at Lake Resia. There the sun was gradually setting, and I wanted to wait for it to be perfect behind the church tower.I have been to this place several times, but this scenery has presented itself in this way only this once for me. Simply beautiful, and the wait was more than worth it." — Jo Heubeck & Domi Pfenninger 🇩🇪

See you in a month when we take a look back on July! 👋 (Psst, want to make the next round-up? Include a description with your submission.) 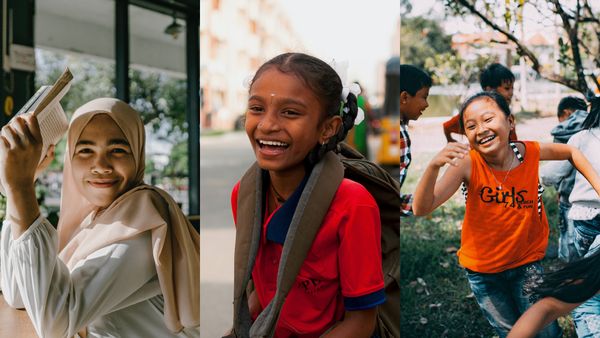 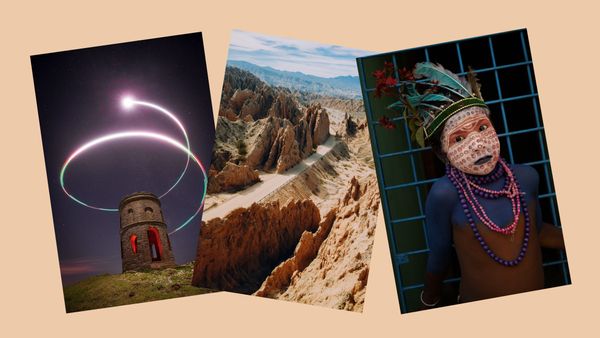 A Look Back on August 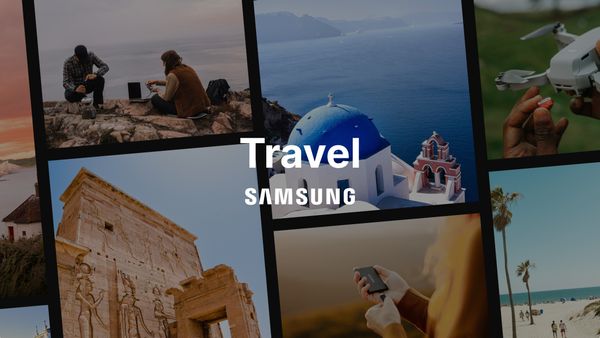